1. Zarabustor is the most powerful mage living in Demona. It's hard to go meet him in the city of sorcerers, because he is hiding from people because he do not wants to to waste any second of his precious time. If he comes out, it is just because he wants to test new spells on the enemies.
2. He was first killed on Nova, just a few hours after Summer Update 2008 was launched. 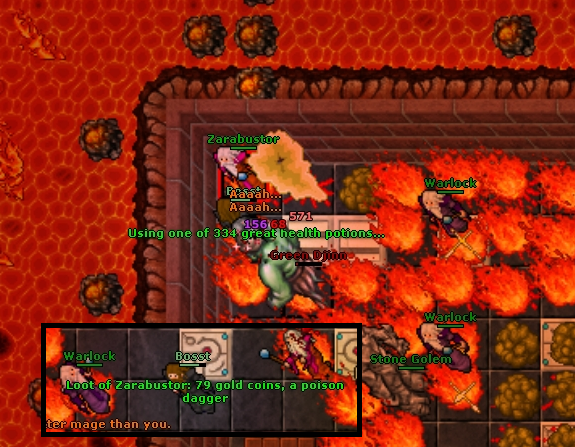