We would like to thank to everyone who decided to put effort to invent new boss! Many interesting ideas, but we had to chose just three. Here are the winners!
Submissions Thread
Contest details
Results thread on forum

Tome of choice (blue or green) 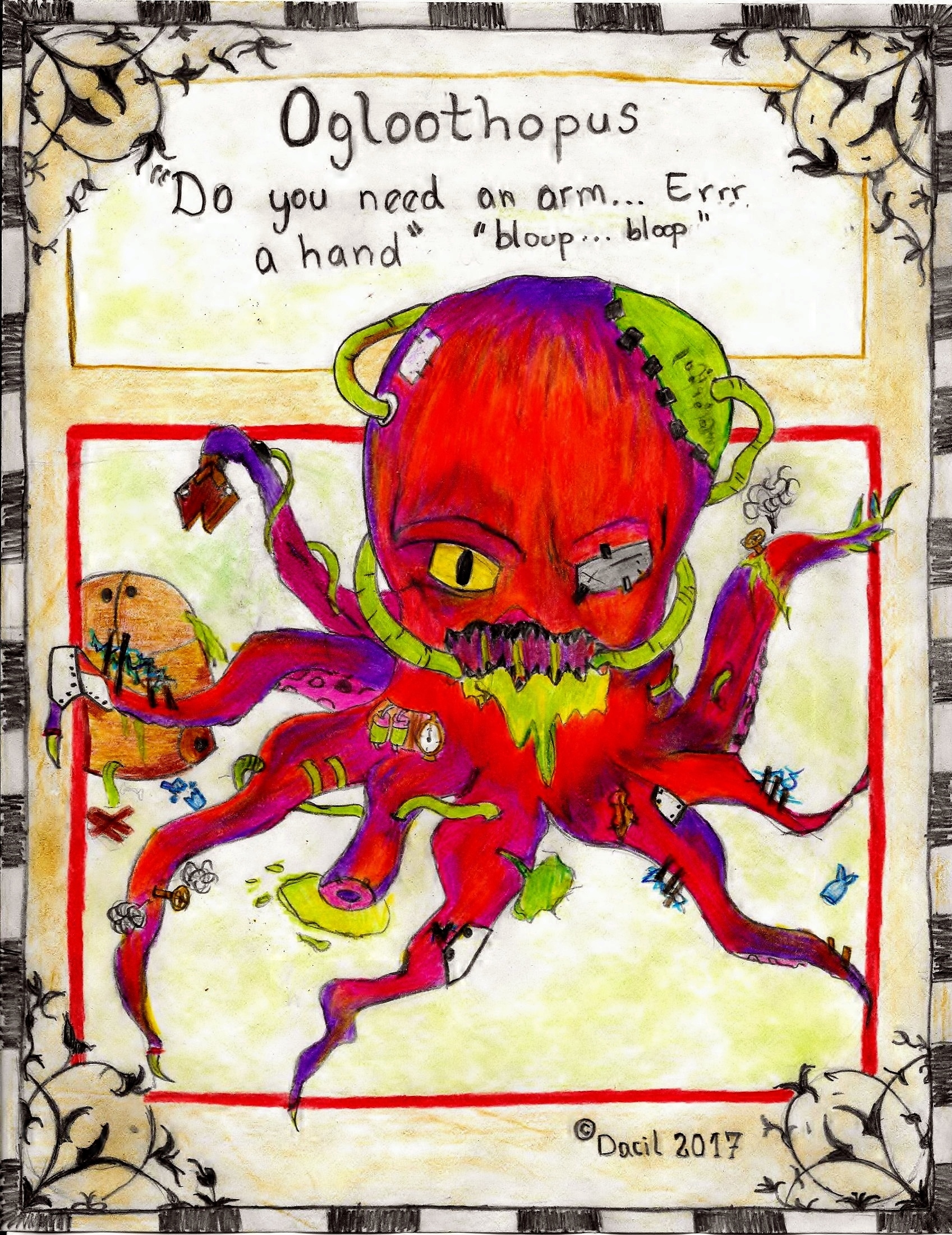 The Ogloothopus lives in the deep sea of Oramond Island, is a rare boss who was born after a pollution produced by a special glooth potion that came into contact with waters near the sea west of the town of Rathleton on the island of Oramond.
The Ogloothopus is shaped like a mutant octopus, where we can see the effects of the special glooth potion which seems to be part of its energy, you can distinguish tubes and hoses that pass through his body and tentacles that carry this liquid energizing it and keeping it alive.
Some of its tentacles are endowed with metallic parts and some of them with tubes with electricity similar to a Rustheap Golem, and strong pliers like a Glooth Golem, its other tentacles count with lethal poisoned fangs, that could poison anything that they touched, generating a Immense and incurable pain.
One day while Alaistar was studying a new species of plant that he found around Oramond after examining it, he realized that his consistency seemed to contain a strange power, Alaistar exclamed: "Interesting. It could boost the new formula I have in mind... "
He took the glooth potion aware about its toxic effects and mixed it with this new liquid extracted from the new species found... the vial turned in a brilliant purple liquid; Alaistar had found a new and much stronger new formula! which effects were unknown he quickly took a pencil and paper left notes about the particular new potion and euphoric by his new discovery ran to report on his new discovery... but strange creatures besieged the city of rathleton, attracted by the singular power that this potion emanate... in a sec the purple potion disappeared.
The inhabitants of rathleton seen these creatures in the city and began to shout, quickly Alaistar alerted ran in search of the formula, and a strange feeling invaded him... entering in his study he realized of the great error... the "Special Glooth Potion" was not there anymore...
Different speculations occurred around this episode and all the suspicions pointed to Jaccus Maxxen and its henchmen who betrayed the town of Rathleton. However no one knew the whereabouts of the strange potion that was created by Alaistar.
Read more about Ogloothopus in Submission

Helmut by Gim from Antica 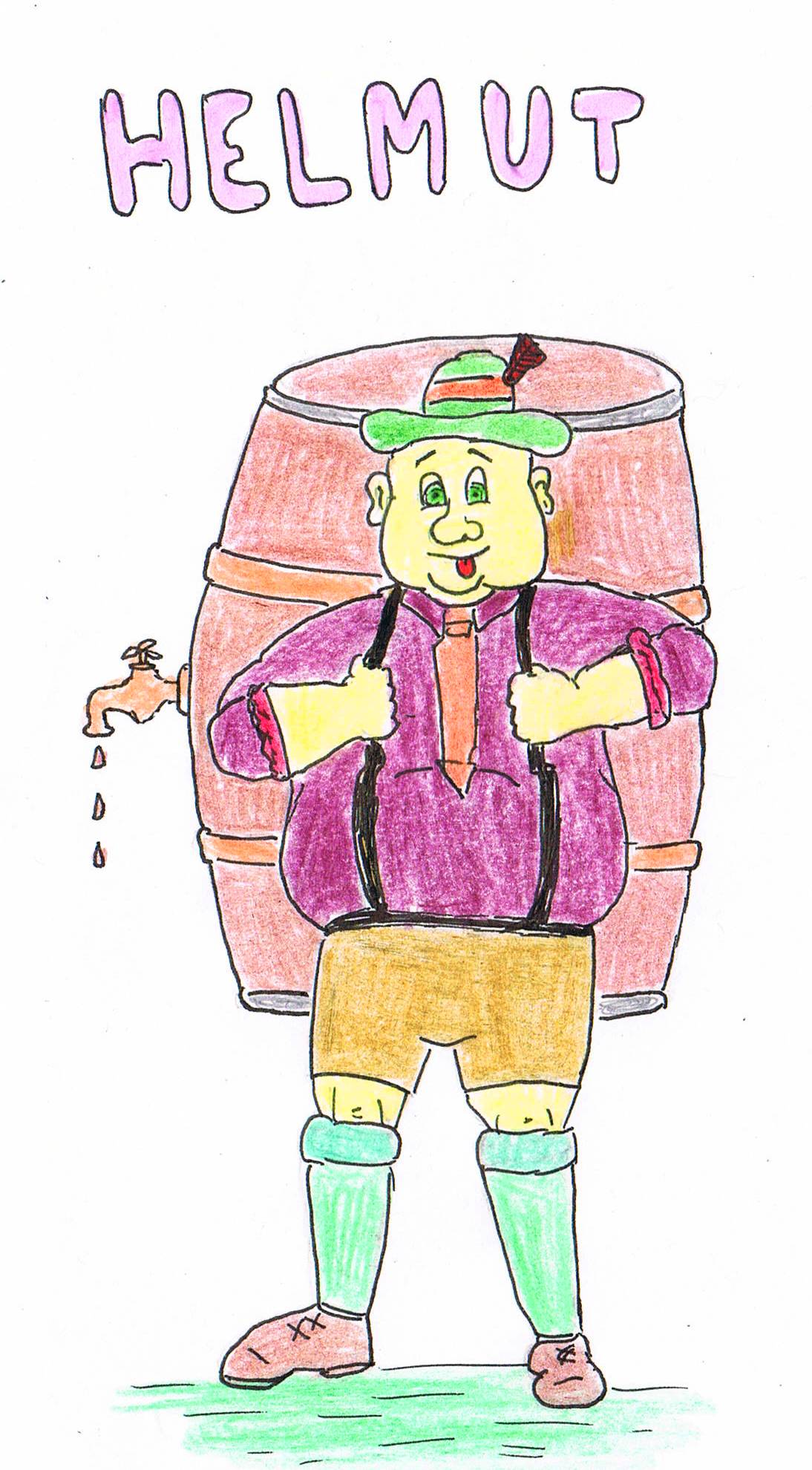 Everyone knows the four gods who visited the lands of Tibia in the ancient times. But did you know that there actually are five gods?
Steve, Durin, Stephen, Guido and Helmut – yes, this is the name of the forgotten god – visited Tibia together once. And everything went well until Helmut visited Frodo’s and tasted brown liquid he has never seen before – beer. He fell in love with it from the first sip (or rather slurp).
Gods might be immortal but without a dwarven ring they will lose a battle against alcohol. Especially against alcohol in large doses.
After three barrels of beer, Helmut became completely drunk and wanted to fight every Tibian he saw. Of course, the mere mortals stood no chance against a god (even when drunk). Helmut brought mayhem to all of Tibia. Thankfully, the other gods eventually managed to stop him. They also used powerful spells to resurrect the victims of Helmut and even more powerful beer to make everyone forget about what happened.
Helmut was put in a special place (you might simply call it a prison) and was forbidden from visiting Tibia ever again.
But as we all know, the gods seem to have forsaken us. They don’t visit Tibia anymore. And they perhaps also have forgotten to keep an eye on Helmut as some Tibians claim to have seen a guy with big beer belly and a barrel on his back...
Tibians must be aware of this. And they need to do everything what’s necessary in order to stop Helmut from drinking too much beer as he loses control over himself after drinking too much and may wreck havoc to Tibia once more. And this time there might be no other gods to stop him...
Read more about Helmut in Submission 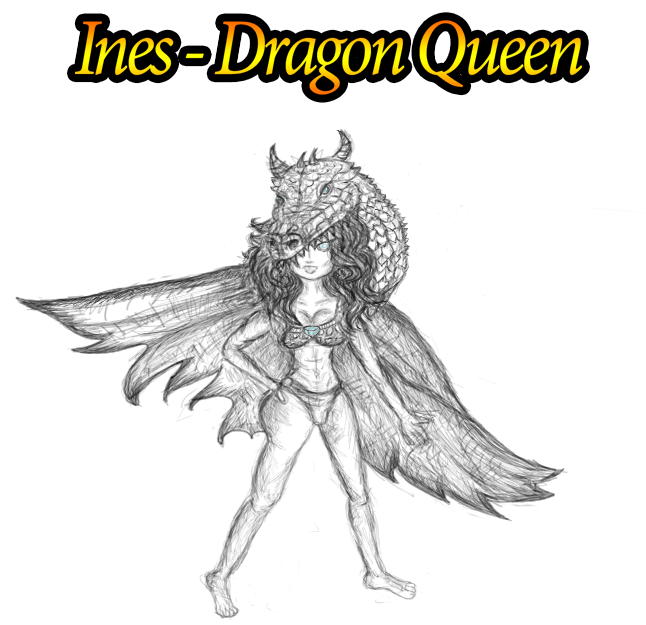 Tibia. A world created by chance, world forged by the Gods. Gods, who were not aware that their plan could not go as planned. Every decision carried negative consequences. Just as if a unknown force tried to keep the harmony. The Creators, Fardos and Uman, were looking for an idea how to defeat Zathroth, who was the father of all evil. It was him who created the monstrosities which stepped on the Tibian world. Evil gave birth to another evil, until one day something which none of the Creators predicted happened… During the ninth full moon since Tibia’s rise, two creatures were born. Offspring of the first of the dragons, invincible Garsharak, finally arrived. Said descendent was a white sapphire-eyed dragon, whose name emerged from fire – Seni. That day a blue-eyed girl was born from the race of Men. Granddaughter of Banor, the Holy Warrior, the first man who swore to face all evil. The child was named Ines.
Races of Dragons and Men fought a war between each other since the beginning. None of the leaders intended to let it go. Only one thing mattered. To annihilate the enemy. Days passed, months, years even, and fighting was nowhere near end. One could say that humans got used to it. They were born to die in battle. Ines could not find herself in this chaos. She did not understand why her brothers and friends were dying. For what? Every time she tried to speak to her grandfather and convince him to stop fighting and try to bring peace between the races, she would meet with negative response. Banor could not agree to decision, that would see the lives of his soldiers wasted. Elane, who was not only Ines’ mother, but also the grandmaster of the Paladin Order, diagreed with Ines’ judgment. She trained her daughter to hunt dragons. As soon as Ines reached the age of 15, she was conscripted into the ranks of scouts. Soon after, she got her first mission outside the walls of Thais. She was very curious what the world outside the walls looked like. Everything was different from what the city’s inhabitants said. She could stop enjoying the beautiful views, enormous mountains, huge rivers or lush forests. She felt a great adventure coming. She did not have to wait long, for she noticed an inhuman gaze. She immediately took a battle stance, as she did not know what to expect. After a while she felt a bliss calmness, almost as if she knew that whatever was hiding there, had friendly intentions. She came closer and froze. From the bushes a great white dragon emerged. Their eyes were the same. Everything was fast. It turned out that there was a strong bond between Ines and Seni. They understood one another without words. Both did not want to fight. They wanted peace, the end of a war, the end to the slaughter of their friends and family. They met each other every day, at the same time, to think how to convince their races to stop the fighting. Both Garsharak and Banor, despite their power, were growing old. Their time grew short. The dragon and the girl were fully aware, that if any them leaves this world, they would have a chance for peace. So they were patient. Waiting. A few months later the eldest black dragon passed away. Seni rose as the Queen of Dragons in his place. It would seem everything is set on the right path towards peace. Ines was supposed to meet Seni as usual. She had no idea that her mother and grandfather knew about her friendship with the Dragon Queen. As soon as Seni arrived, she was attacked by Banor’s army. Ines protected her with her own body and was wounded. Seni, without wasting time, used the opportunity created by her friend to take her and escape. She found a safe spot to land. Ines’ wound was deep and there was no way to stop the bleeding. The blue-eyed girl was dying. Ines embraced the flying creature, asking her to end the war. The dragon agreed, stating that they will make it together. Seni decided to give up her life and transfer her dragon soul into the girl’s body to save her. This way, the Dragon Queen lived in the heart of the blue-eyed girl. They decided that peace is of utmost importance, and they will kill anyone in their way, no matter who or what they would have to face.
Read more about Ines in Submission