(many)
Turns player into a snowman
Self healing (weak)

1. The coffin, which contain dormant queen Yakchal was stolen from Krimhorn ice witches camp by invaders of worship and placed in the underground mine. It remains trapped there because the opening of the coffin is needed starlight.
2. Use a Frozen Starlight on the sarcophagus to awaken her (The Frozen Starlight can break when it's used on the sarcophagus to awake the Yakchal, but usually it won't. You can awaken Yakchal many times, but the delay between awakenings is random.
3. Be prepared to face many Ice Witches, Frost Dragons, Ice Golems and Frost Spiders spawning in 3 waves.
4. Yackhal will dissapear after approximately 10 minutes after awaking 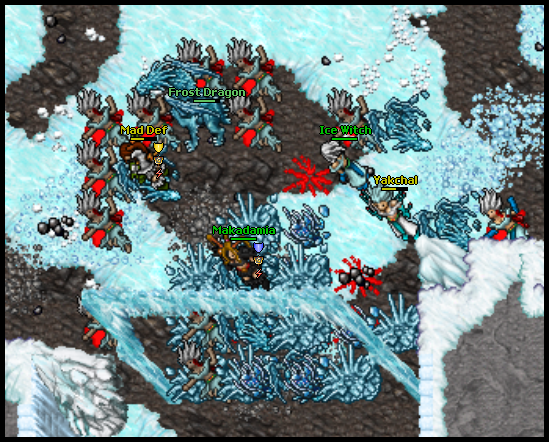