1. To summon Mad Mage, you need to complete "Their Master's Voice World Change ". After cleaning the slime, and killing 20 waves of servants Mad Mage will appear.
2. Mad Mage created servants, to block pest invasion outside the tower. That is why after killing his servants he is going mad.
3. There is no daily limit - it is possible to make the task and kill Mad Mage repetively.
4. After the first part of the 2013 Summer Update the World Change called Their Master's Voice was revised multiple times. Because the scripting of the Mad Mage became complicated which led to bugs, CIP decided to remove the Mad Mage from Tibia for some time, to reprogram the scripting of the Mad Mage correctly.
5. Before 2013 update, it was opssible for Mad Mage to appear in other places in the room, but it has been changed. Now he can spawn in three places shown on the map.
6. Fighting Mad Mage it is possible to loot Mage's cape - item for elementalist outfit, but also you can loot Golden Can of Oil from the servants.
7. You should not leave the tower after servant waves appeared, because when room will be empty, place will reset, and you'll need to start cleaning the floor again. 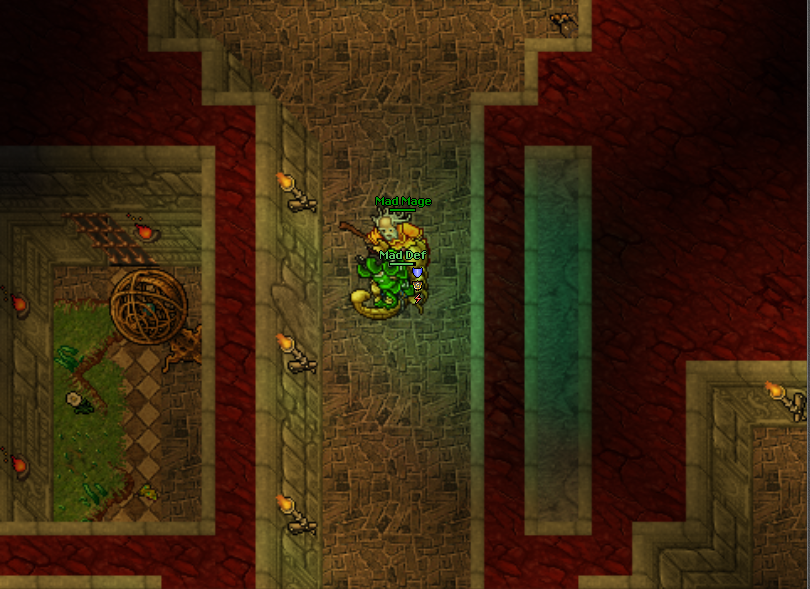