1. When it appears all players on the world receive 3 messages that are broadcasted in white text: "The ancient volcano on Goroma slowly becomes active once again.", "There is an evil presence at the volcano of Goroma.", "Evil Cultists have called an ancient evil into the volcano on Goroma. Beware of its power mortals."
2. Morgaroth was first sighted on Arcania, Aug 07th 2006. He was first killed on Aldora and Titania, Sept 6th 2006.
3. Morgaroth, the schemer, is an Archdemon and also a member of the Triangle of Terror. Morgaroth is a master of lies and schemes, much like Bazir of the Ruthless Seven.
4. Once it was just a demon living in a volcano Goroma, but Cult wanted to create an evil that would allow them to take control over the world. They devoted a lot of people to feed his soul. Cultists made a lot of awful ceremonies to make his soul even more ugly. The only condition was renewed activity of the volcano. Morgaroth come true with pure evil, ready to take over the world! The Cult he needed more power, so they formed a Triangle of Terror. Morgaroth and the rest of his friends from the Triangle, expect the the opportune moment to implement their evil plan for world domination! Sometimes cultists calls this monster from their secret base on the top of the volcano. 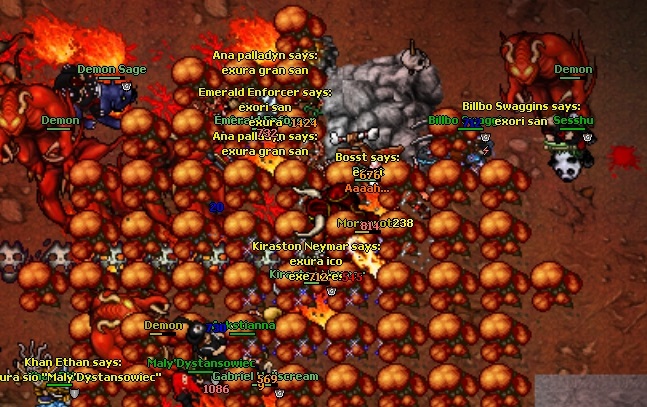