1. It appears during the lion raid west of Darashia right after the third raid message: 00:05 Hear the roar of Zomba, king of the lions, roaming the Darashia desert!
2. Currently, Zomba looks like a roaring lion or noble lion. However, before the patch 10.70, it looked like a normal lion.
3. Its name is a reference to Simba from 'The Lion King' film series.
4. Zomba can be lured near the depots in order to kill afking people. 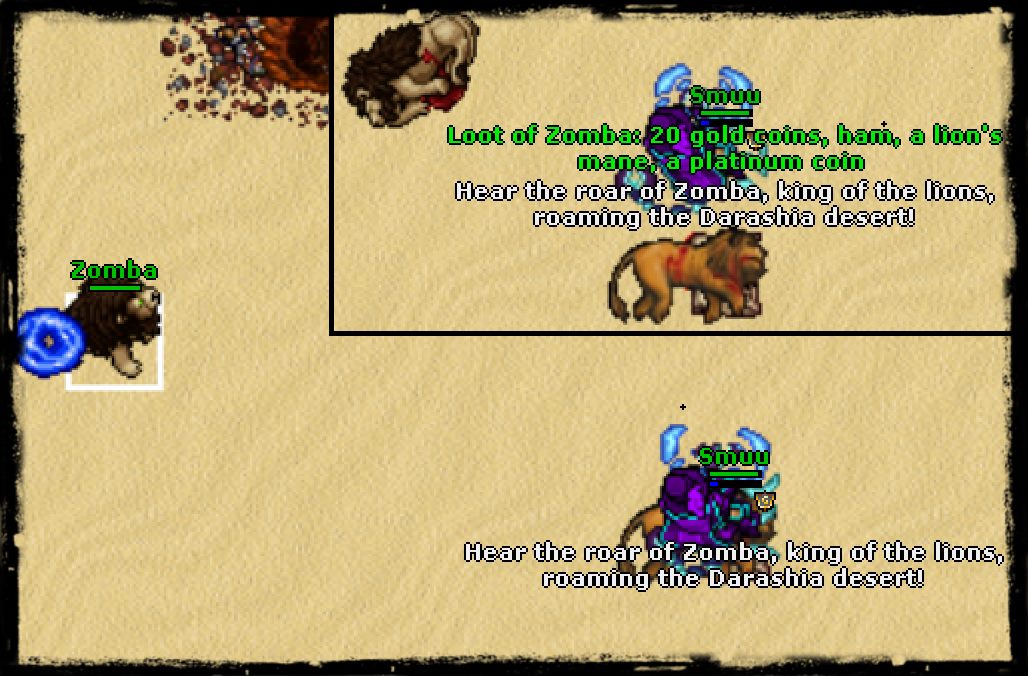 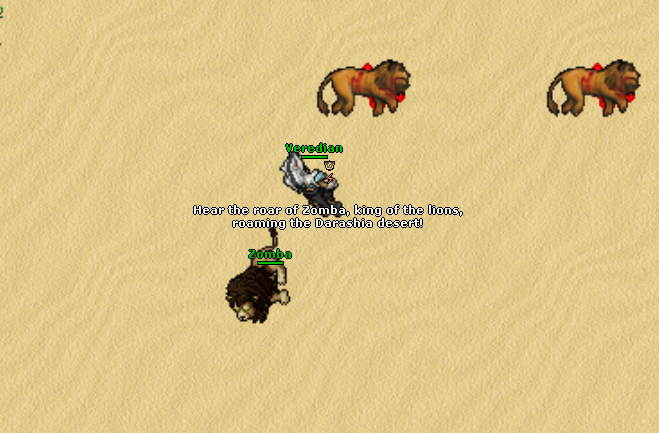 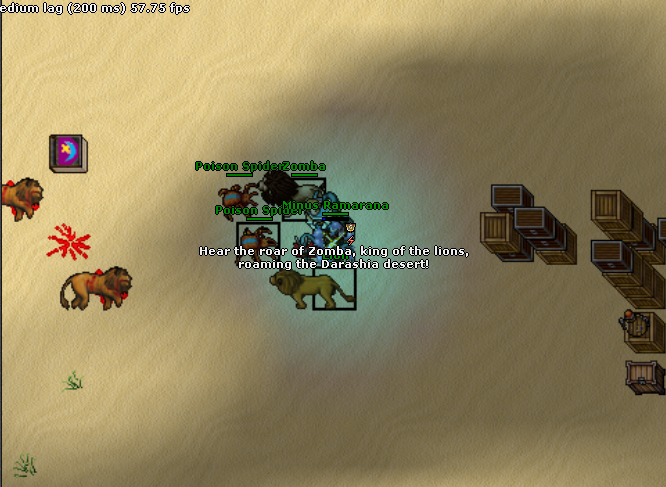