1. It is important to trap The Imperor in the corner in smart way. Do not run after it. Boss is very fast, and you will lure more dangerous monsters.
2. The Imperor throwing some kind of energy bomb around itself with unknown effect.
3. The Imperor is related to Minishabaal. Minishabaal is responsible for sowing destruction among the people, while imperor is under the command of Infernatil to protect his throne. Imperor is the commander of all Diabolic Imps. Its main objective is to send many souls to hell. 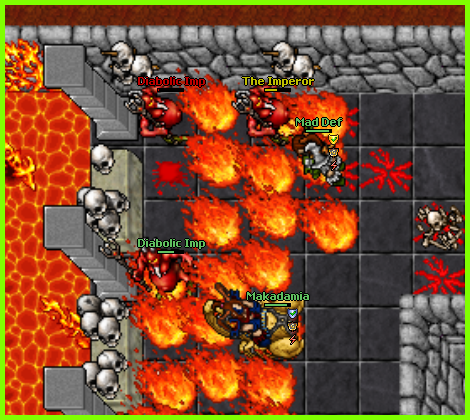