1. Orshabaal can be trapped by his own Demons because he doesn't kill his summons.
2. Before appearing, 3 messages are broadcasted in white text: "Orshabaal's minions are working on his return to the World. LEAVE Edron at once, mortals." , "Orshabaal is about to make his way into the mortal realm. Run for your lives!" , "Orshabaal has been summoned from hell to plague the lands of mortals again." .
3. He was first killed on Titania, Sept 11th 2005.
4. Orshabaal is one of the servants of the Ruthless Seven. Although to call it needed only a few members of the cult, his strength is powerful. However, not only his power is surprising; hardly anyone is able to keep up with his devilishly quick steps. Every time when there is Edron take lives of hundreds of creatures. Important to him is only death, chaos, and confusion. This is certainly one of the most faithful servants of the Ruthless Seven, but he has an internal conflicts. It is said that for centuries lived in hatred for Madareth. 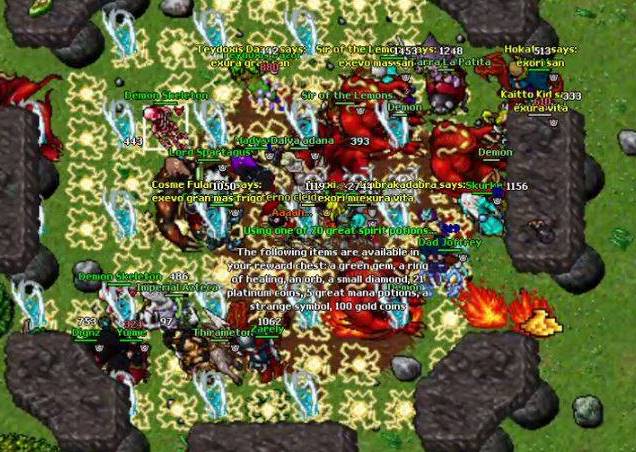