This Spidris' boss roams the underground of the Hive. It respawns randomly, even up to few times a day, which makes him pretty easy to find.

It's stronger than Spidris, but killing it doesn't require any special tactics. Boss can be distinguished from other monsters around by his long range, wave attack. It makes him easier to spot while running through the respawn even if the boss is not visible yet on the game window. 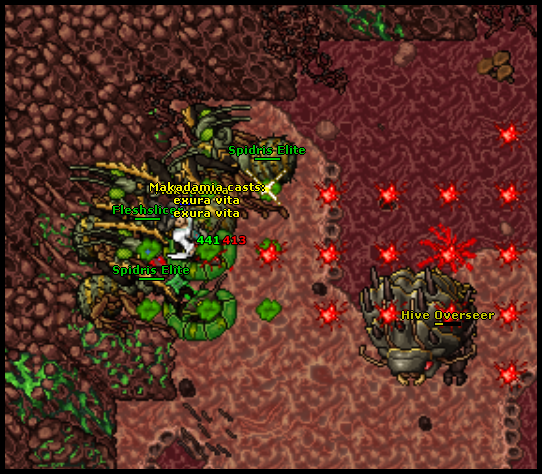