1. Most rarely defeated boss among POI bosses. The reason is that checking is most problematic.
2. It was killed first time on Furora (server is no longer online).
3. Servant of the Verminor. A long time ago was an ordinary Defiler, but Verminor troubled that his throne is not sufficiently well guarded in his absence. So he chose one of the obedient Defiler, and gave him a piece of his power, so Plasmother became stronger than his brothers, and provided greater security for the throne of his master. Its remnants are sought after by collectors from around the world due to the power Verminor that emanate green slush rest of the dead Plasmother. 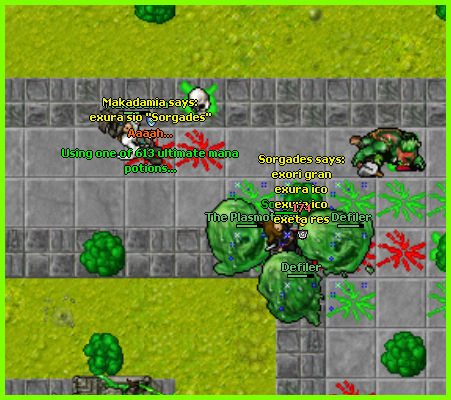