1. Ghazbaran is appearing after three messages: "An ancient evil is awakening in the mines beneath Hrodmir.", "Demonic entities are entering the mortal realm in the Hrodmir mines.", "The demonic master has revealed itself in the mines of Hrodmir".
2. The first time he appeared after the test server was on the server of Julera on July 4, 2007. The first time he died was on the server of Candia on September 22, 2007.
3. Ghazbaran - the "Lord of Blades", is a member of the Triangle of Terror. He is is a master assassin, denoted by his deadly blade-themed abilities and the Deathslicers that accompany him. The cultists in the Formorgar Mines are said to be trying to revive the frozen demons in there to conjure the mighty archdemon. They are melting the ice in his name. 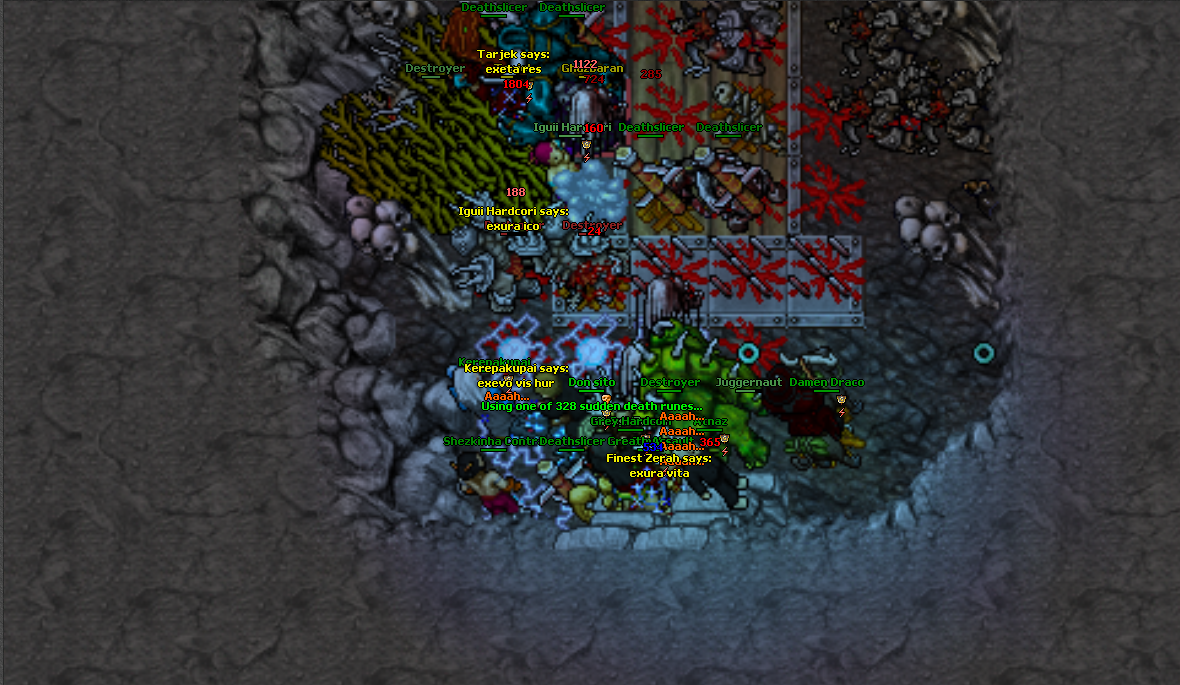