1. This boss is easy to check even solo on higher level, because the throne room is close to teleport, and undead dragons can be avoided by using energy bombs and walls.
2. Mighty dragon legends say that once he was more powerful low Demodras. He fell victim to the fatal act of Bonelords, who envy of great power and beauty of dragons decided to kill them and revive so that they are hungry and disfigured. The undead dragons have become the slaves of Bonelords and had to fight for them, but Dracola, despite the curse has not lost momentum. He led a revolt and led the escape from the Bonelords to the Abyss Hell, there to apply for a protectorate in Ashfalor, one of the Ruthless Seven. Dracola become the guardian of his throne in exchange for protection for him and his brethren before Bonelords. To this day he haunts the throne room of his savior and helps other undead dragons to defend the throne in front of dare-devils who coming up to the throne room of his master. Every mortal would want to beat him, because his conqueror will be rewarded with a beautiful, shining blue glow of the eye, which is the subject of sighs many collectors of rare things. Apparently lights the darkness and always point the way to the depths of Hell. 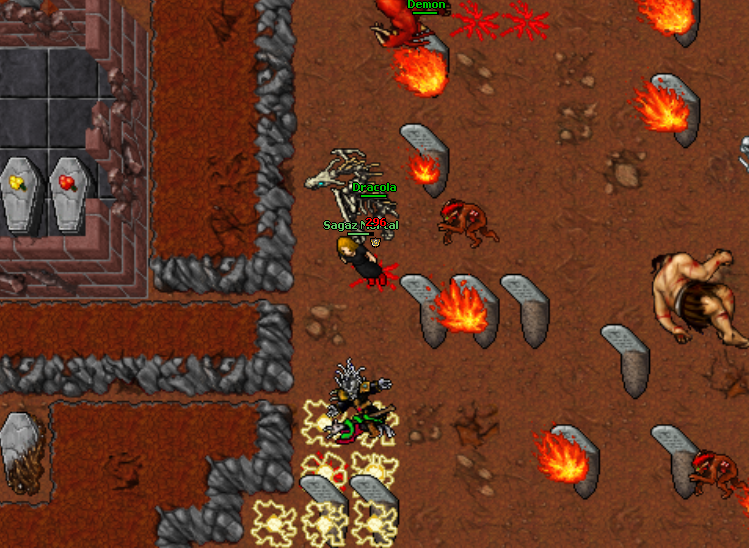