1. Countess Sorrow can summon up to 3 Phantasms, which could clone.
2. It is very hard to kill boss by knight, because it is immune to physical damage. It could be done by using fire bombs, great fireball runes, and enchanted weapon.
3. Countess Sorrow, wandering through the depths of Hell in and around the throne Bazir. Wailing in the dark corridors cries frozen tears that never melt. They are highly sought-after among the people, because due to the beautiful appearance have high decorative value, and more. Countess haunts men in dreams to suck their vital energy, but holders of the frozen tears can sleep peacefully, because it has properties that protect against the devastating effects of nightmares send by the Countess. 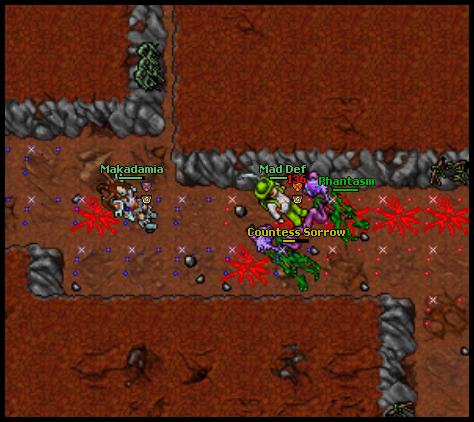